When A Landfill Hits Capacity, What Happens Next?

while a landfill reaches capacity, it is restricted and restored so that it can be converted into green places like parks & community grounds. After capping, these will last for up to 30 years.

Landfills might take several years to achieve full capacity, depending on the type and volume of garbage. The final section of cover material, clay, and vegetation is then applied to the landfill. This cap layer acts as a barrier, allowing scents to pass through while keeping precipitation out. When the site is recovered for recreation and light cultivation, it will be planted to fit its future usage.

What Are The Negative Effects Of Landfills On The Environment?

Landfills are unsightly. And the problem isn’t simply the eyesore of growing rubbish piles; landfills are also bad for wildlife, environment, the environment, and global warming. They’re a big source of pollution, & they come with a slew of other drawbacks. Waste dumped in landfills takes a long time to disintegrate, posing a threat to future generations.

There are also some secondary impacts, such as disagreeable odors, unappealing views, and rat and bird infestations, which produce their own garbage.

Toxic chemicals can be found in many waste materials. One example is electronic garbage. Mercury, arsenic,  PVC, solvents, cadmium, acids, and lead are among the toxic compounds found in waste including such televisions, computers, and other electronic gadgets. These pollutants permeate into our soil &  groundwater over time, posing long-term environmental risks.

Leachate is a liquid that forms when garbage decomposes in a landfill & water filters through it. This highly poisonous liquid has the potential to damage land, groundwater, and waterways.

The environment is harmed by the huge quantities of pollutants found in landfills. When plastics, such as PVC, and other materials degrade, they release harmful compounds.

In the developed world, e-waste is the quickest increasing trash segment. Despite the fact that it is the most harmful everyday liquid waste of all, the majority of it is disposed of in landfills. Heavy metals, solvents, & acids abound in electronic trash. 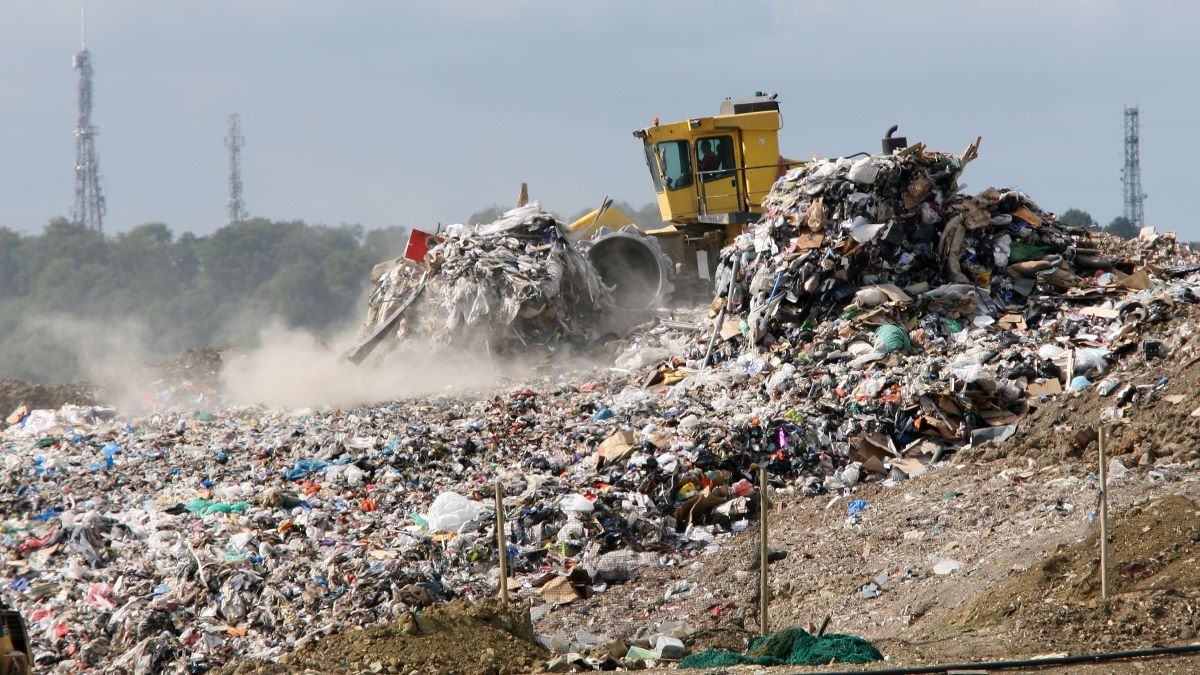 Each landfill cell takes a year or more to fill, during which time the materials are naturally exposed to rainfall. Rainwater seeping the landfill dissolves & flushes 5-7 % of the poisons, resulting in leachate, a foul-smelling liquor containing ammonia and various harmful ions.

A single landfill site could easily produce several Olympic-sized pools of leachate each year, depending on rainfall. To avoid contamination of land, groundwater, and waterways, leachate is carefully collected & recirculated into landfill cells. When leachate is returned to the landfill, some of it is reabsorbed, but the rest filters via again, taking up more pollutants each time.

Landfills Are Possibly The Most Significant Source Of Greenhouse Gas Emissions.

Methane is also a combustible gas that, if allowed to build up in concentration, can be harmful. The consequences of global warming &  climate change were huge. Many of these issues can be avoided by composting your food scraps & green waste in  compost bin.

Methane’s greenhouse effect is significantly harsher than carbon dioxide’s within the first 20 years of emission—between 84 and 100 times more strong. And, in terms of reducing greenhouse gas emissions, what matters most is what occurs in the next 10 to 20 years.

So, how much methane does a normal landfill produce? Quite a bit. Enough to power a power plant, in fact.

A landfill which serves a half-million people, for example, produces almost 1.7 million cubic meter of methane each month. Typically, 85 percent of this gas is caught and used to power a generator that serves around 10,000 houses.

While landfill gas power is frequently referred to as renewable energy generation by plant operators and governments, it is neither sustainable nor environmentally benign. Methane, like oil and coal, produces carbon dioxide when burned.