Municipal solid waste, commercial trash, and hazardous garbage are the three types of landfills now in use. Each accepts different forms of garbage and employs different environmental policies. In addition, a new landfill type called green trash is emerging that allows for the controlled removal of organic wastes.

If you throw it away in a rubbish can, it’s likely to wind up in  municipal solid waste (MSW) landfill. When you think of a landfill, these are usually the first things that come to mind. However, just because they’re the most prevalent doesn’t mean they’re accessible to the general population.

MSW landfills have among of the tightest safety and monitoring rules since they handle a wide range of household waste, from used tissues to a roll-off dumpster full of boxes from a basement cleanout. Location limits, landfill lining, operational practices, groundwater monitoring, and closing techniques are all common examples of these requirements.

So, how exactly do MSW landfills function? It’s all about the layers. The liner, sewerage system, gas collecting system, and the waste itself make up a four-layered system in modern landfills. Each of these levels is continuously monitored to ensure that the landfill is secure for both the environment and the workers. 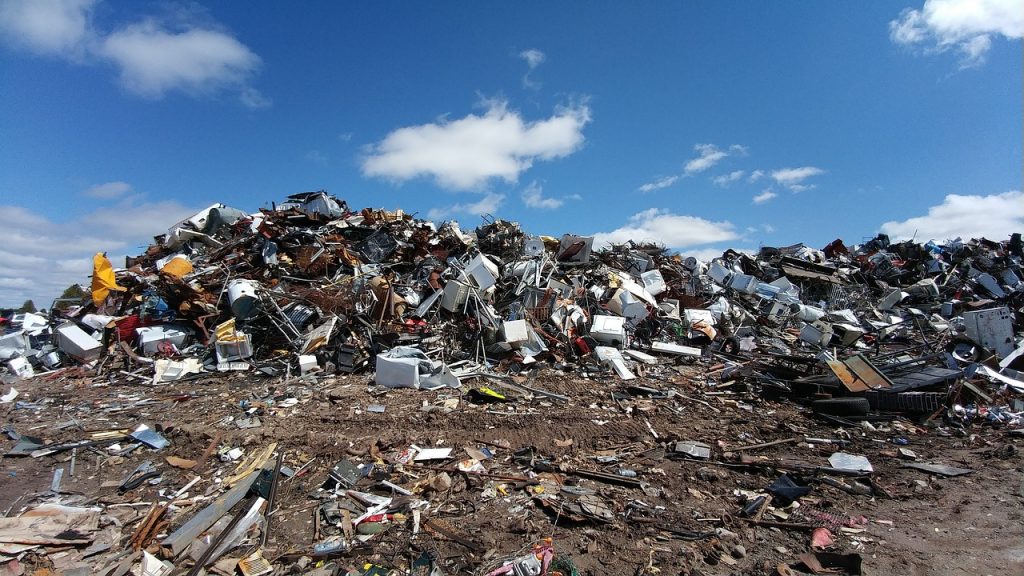 If it appears that this landfill was self-explanatory, you are correct. Industrial garbage is disposed of in an industrial waste landfill. While these landfills can accept any form of solid industrial waste, they are most typically utilized for building debris disposal, that is why they are known as C&D landfills. The following items are frequently dumped in industrial landfills:

Rather than simply storing construction waste in a pit, C&D landfills frequently serve as material recovery stations (also known as MRFs). To do this, the goods brought in are thrown into  pile, then processed by landfill personnel to determine which materials are recyclable and which should be discarded. Local resale stores and firms that specialize in building with salvaged materials accept the reusable items as donations or purchases. In addition, the material recovery facilities may be able to recycle the materials on-site, for as by chipping lumber into mulch.

Hazardous waste landfills were the most tightly controlled and constructed landfills for a variety of reasons. They’re made to contain hazardous waste in a method that essentially precludes the possibility of it being released into the environment. The following are some of the] design requirement  for toxic waste landfills:

Toxic waste landfills are frequently audited numerous times a year, in additional to these design criteria, to ensure which the facility is up to code & that the standards are high.

If you’re worried that you’re trying to get rid of a restricted item, rest assured that you’ll have a hard time doing so. Toxic material is not collected curbside &  is only permitted in dumpsters with advance notice – and even then, only on rare occasions.

Many communities are beginning to give a place for organic debris to organically degrade, even if these are never officially approved landfills by the EPA. Most traditional landfills & transfer stations are not like welcoming of organic products like fruits, vegetables, and, in particular, yard trash disposal, hence these composting sites are also on the rise. “Some will charge a premium rate for yard waste,” Morris said. This is entirely depending on your local government.”

The Following Are Examples Of Common Kind Of Green Waste:

Green trash dumps serve a straightforward purpose: they preserve room in another MSW landfills by keeping a substance out that is supposed to decay organically. Composting landfills, according to a recent EPA study, are reaching that goal. In 2017, 24,420 tones of yard trimming were composted, with 8,650 tones being sent to the landfill, compared to 4,200 tones composted and 25,560 tones sent to the garbage in 1990.